The Awesome Flipside Of Success For Sustainable Growth

Failure or success is a child of your attitude irrespective of what prevails in your environment. Do you want to know why?
Then go ahead and read this piece from John Maxwell;

“A study of 300 highly successful people, people like Franklin Roosevelt, Helen Keller, Mahatma Ghandi…reveals that one quarter had handicaps such as blindness, deafness or crippled limbs. Three quarters had either been born in poverty, came from broken homes, or at least came from exceedingly tense or disturbing situations.
Why did the achievers overcome such problems while thousands are overwhelmed by theirs? They simply refused to hold on to their common excuses for failure and turned their stumbling blocks into stepping stones. They realized they could not determine every circumstance in life but they could determine their choice of attitude toward every circumstance.”

Listen to what Helen Keller has to say,

“I thank God for my handicaps for through them I have found myself, my work, and my God.”
(Helen Keller had multiple handicaps)

In fact, the truth is that you are not destined to be a failure because you possess a perceived disadvantage unless you choose otherwise. That you failed in the past does not mean that failure has become your identity unless you choose to because daily, people are taking advantage of their past failures to achieve tremendous success.

Physical handicap does not in any way mean that the mind is handicapped as well.
It is a fact that situations may have foisted failure on you but the truth is that you reserve the right to reject or accept it.

Before you give up on yourself as being crafted for failure just flip open to the most precious book of all times, the Bible, to Isaiah 60:15/16

“Though you were once despised and hated and rebuffed by all; you will be beautiful forever. You will be a joy to all generations for I will make you so. Powerful kings and mighty nations will bring the best of their goods to satisfy your every need…says the Lord your Saviour and Redeemer, the Mighty One of Israel.”

See? The manufacturer of any product is the most qualified to give the last word on it, so in the same manner, God our Maker is the only One who can give the last word on you and He has spoken that your life can be beautiful for real if you can change your attitude and cooperate with Him…so look above what you see, and what people have said about you and see the real deal.

Remember, that failure has lived long with you does not mean success cannot outlive it.

If you toy with your success, failure will make you its toy. Whichever way we choose to look at it, success remains the product of a process and so must be built up. However quite many people are of the belief that success is an issue of pedigree, gender, birth or location but my investigation and those of other leading writers like John Maxwell, Mike Murdock, Bishop Oyedepo among others, have come to prove this notion as a mere excuse for failure because success can be achieved by just anyone who is willing to pay the right price for it.

In case you belong to this group, pause awhile and take in this report before you give up the quest for success;

– George Opong Weah came out from a war-torn country in Africa to become the European Footballer of the year 1995.

– Arch Bishop Benson Idahosa metamorphosed from the sickly child left to die on a refuse dump to a world-leading Evangelist.

-Wendy Stoker, born without arms turned out to become the second-best diver at her High School and wonderful typist as well; typing 40 words per minute WITH HER TOES!!!

– Henry Ford moved from being the laughing stock of his generation to become the first automobile manufacturer in the world.

Guess who is next? YOU!

If only you can make your success your responsibility.

Keep your comments coming in. I encourage you to watch out for the Building Process of Success… you could also get more by picking up a copy of the book Make Success a Habit.

Also, stay in touch with me on Facebook @ Frank Uzo

Frank Uzo is a Leadership Strategist, Business Coach, Trainer, Speaker, and Award-Winning Writer. He helps individuals and organizations build their ability to find excellence in corporate or public service. 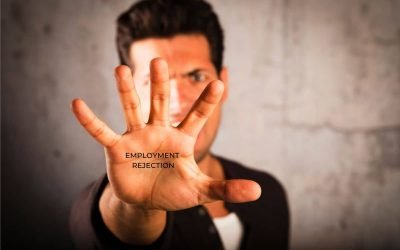 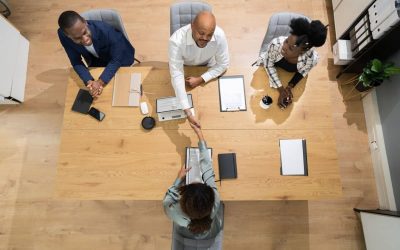 10 Things Recruiters Must Avoid To Get The Best Employees

Some of the wrong things recruiters do have come to me as a first-hand experience in the course of being interviewed or as part of an interview panel. As a Human Resources professional, I have the mindset that no job prospect or candidate should be made to look... 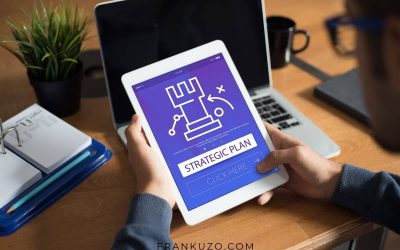 Strategic steps creation is a deliberate act that can help you achieve an effective life plan. Every created thing resulted from a well thought out purpose so nothing we see on earth is by coincidence or accident. Everything was made to fit into a defined sphere where...